The Faculty of Engineering and Natural Sciences (FENS) at Sabanci University invites applications for an assistant/associate professor position in analysis or PDE’s. Duties of this position include, in addition to research, an active participation in the teaching of mathematics, at all university levels, for students of mathematics, social and natural sciences and engineering.

Candidates should hold a PhD degree and have demonstrated the ability to carry out excellent independent research work. Preference will be given to candidates who show potential for interaction with the faculty members of the mathematics group.

Sabanci University, http://www.sabanciuniv.edu/en, a privately funded premier academic institution, started instruction in the 1999-2000 academic year in its new state-of-the-art campus located in suburban Istanbul. The University offers 13 undergraduate programs and 30 graduate programs in three faculties (Faculty of Engineering and Natural Sciences, Faculty of Arts and Social Sciences, School of Management). The University aims at establishing a high standard of academic excellence and a research-oriented atmosphere both for its faculty and for its students, while nurturing productive relationships particularly with the industries in the region, which constitute the industrial heartland of Turkey. The medium of instruction is English.

Sabancı University was ranked as the best University according to the “University Innovation and Entrepreneurship Index” compiled by the Turkish Ministry of Science, Industry and Technology in 2017, 2016 and 2015. It is also the first Turkish foundation university to be included in the top 200 (182nd place) of the Times Higher Education (THE) 2014 Rankings and is ranked 13th among the universities under 50 years old worldwide.

Applications will be accepted until the position is filled, but no later than the final deadline of March 1, 2020

In view towards increasing the number of female professors, qualified female candidates are particularly encouraged to apply. 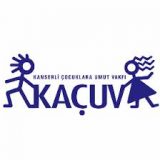 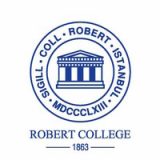 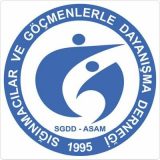 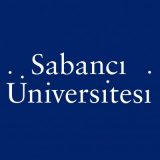 With science, technology, and social structures advancing day by day, the world needs more qualified individuals who possess the knowledge and skills required to pursue a career anywhere in the world. Aware of this pressing issue, in 1994 the Sabancı Group decided to establish a “world university” led by the Sabancı Foundation.

The seeds of Sabancı University, the Sabancı Group’s most comprehensive social responsibility project in the field of education, were sown in the summer of 1995, at a search conference in which 50 academics from 22 countries as well as students and representatives from the private sector participated. The conference, however, was just the beginning, as it marked the start of an extensive process during which the leading educational institutions in Turkey and across the world were examined to find out how they work and identify the fundamentals that made them successful.

In the end, instead of choosing one university as a template or replicating existing examples and institutions, a new and unique university was designed.

Since 1999, when students began enrolling, Sabancı University itself has set an example for many universities.

Connect with us
More jobs from Sabancı University