Maram Foundation for Relief and Development (Maram) has posted 1 job 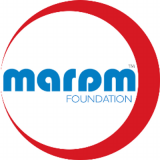 The Maram Foundation for Relief and Development (MFRD) is a US-based nonprofit formed by Syrian-Americans which strives to provide relief to refugees and internally displaced persons (IDPs) in need. Our first initiative was the establishment and management of the “Olive Tree” Atmeh IDP camp in Syria, home to thousands of IDP. MFRD has been operating in and around Syria since 2011, and currently designs and carries out its project through and implementing arm of the organization in Gaziantep, Turkey, registered locally and separately there as Nur Dernegi

The name “Maram” was taken after meeting an inspirational young girl who was hit by Syrian government shrapnel and paralyzed. Talking to her, and hearing her inspiring words, convinced the founders that more was needed to provide real support–both in aid, and operations to assist in efforts for victims of war.

MFRD first initiative was again to establish and manage the “Olive Tree” Atmeh IDP camp on the Syrian side of the Turkish border, in the governorate in Idleb. After witnessing the thousands of IDPs sleeping outside, and without shelter, MFRD immediately purchased and set up the necessary tents–thereby establishing the camp for IDPs. The “Olive Tree” Atmeh IDP camp remains to this day, sheltering well over 11.000 people, and is now managed by the Syrian people themselves.