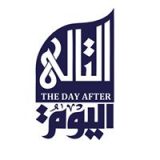 The Day After Association (TDA) is an independent, Syrian-led civil society organization working to support democratic transition in Syria. In August 2012, TDA completed work on a comprehensive approach to managing the challenges of a post-Assad transition in Syria. The initial Day After Project brought together a group of Syrians representing a large spectrum of the Syrian opposition — including senior representatives of the Syrian National Council (SNC), members of the Local Coordination Committees in Syria (LCC), and unaffiliated opposition figures from inside Syria and the diaspora representing all major political trends and components of Syrian society — to participate in an independent transition planning process.

The TDA report, “The Day After: Supporting a Democratic Transition in Syria”, provides a detailed framework of principles, goals and recommendations from within the Syrian opposition for addressing challenges in six key fields: rule of law; transitional justice; security sector reform; constitutional design; electoral system design; and post-conflict social and economic reconstruction. TDA has since shifted its focus from transition planning efforts to implementation of recommendations presented in the TDA report, opening its office in Istanbul to support this mission.